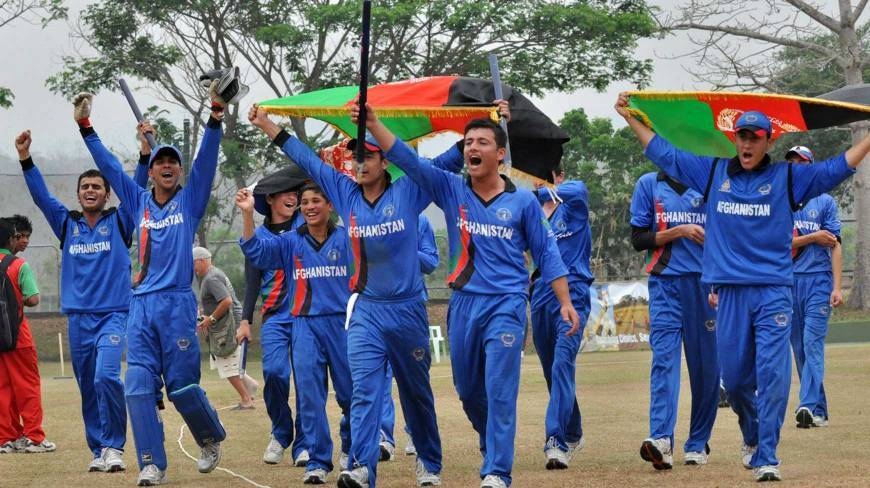 It’s a day of national celebrations for Afghanistan as their national cricket team qualifies for the next biggest event of the cricket world. After beating Kenya at the World Cricket League which is being played in Sharjah, UAE; Afghanistan have confirmed their spot in ICC Cricket World Cup 2015. This is the first time Afghanistan has qualified for any ICC World Cup Event.

Afghanistan might not be the best country for an outdoor game like cricket. The country is a war-zone since several decades and the devastated infrastructure and the current security threats from terrorists might not provide a game friendly environment. The neighbor country Pakistan became the new home to several million people who were temporarily allowed into the country as refugees. Lucky enough for the Afghans, Pakistan loves cricket a lot. Although the national game of Pakistan is hockey but cricket is the most played and watched game. Despite the fact that Pakistan faces the same terrorist threats as Afghanistan does and cricket has suffered a lot especially after the Sri Lankan Cricket Team was attacked in Lahore; cricket seems to win the war and is flourishing like never before. Pakistan though has not hosted any international cricket event after the Liberty Chowk Lahore incident in 2009 but it still attracts millions of people to domestic events.

First ever literal match between Pakistan and India