Here are complete details of England Squad for ICC Cricket World Cup 2015. The 15-man squad will be led by English captain Eoin Morgan. England is placed in Group A along with Australia, Sri Lanka, Bangladesh, New Zealand, Afghanistan & Scotland. 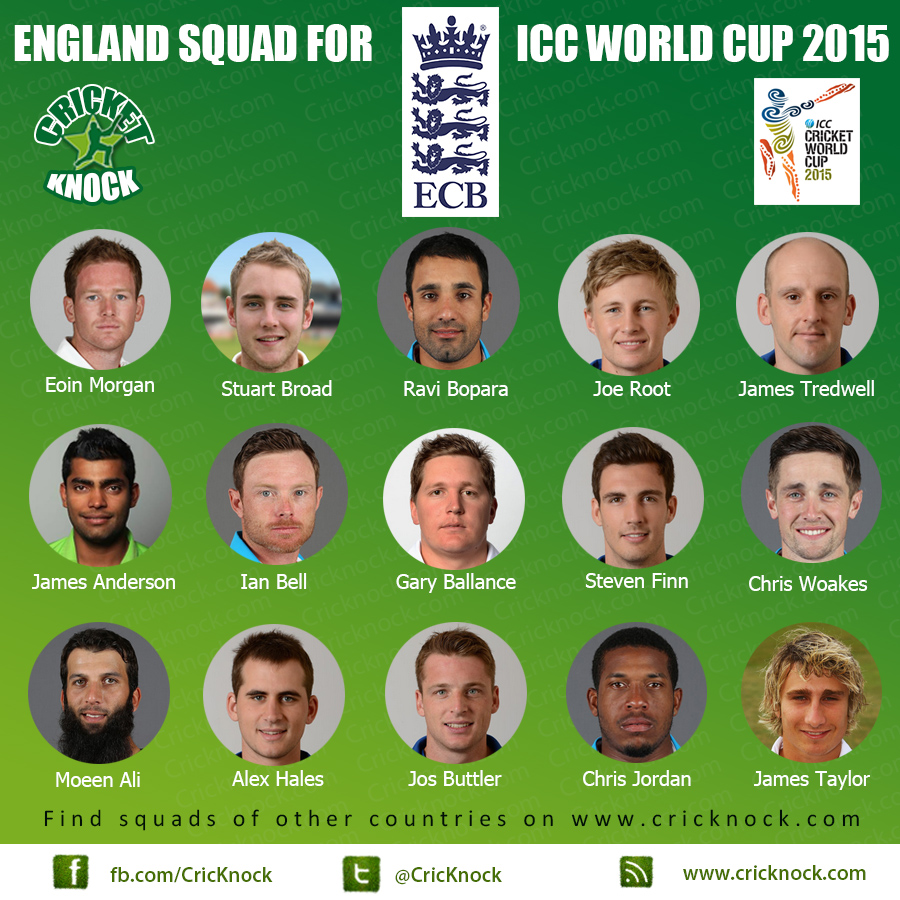