The third Ashes test between Australia and England has revealed cricket statistics that would let you figure out who can reach Sachin Tendulkar’s UNREACHABLE record in test cricket.

Australian skipper Michael Clarke has also reached milestone of 100 tests during the 3rd Ashes test match. He has scored 7966 runs with 26 hundreds.

If we add up figures of the both batsmen, they have scored 15921 runs in 200 test matches with 51 hundreds. 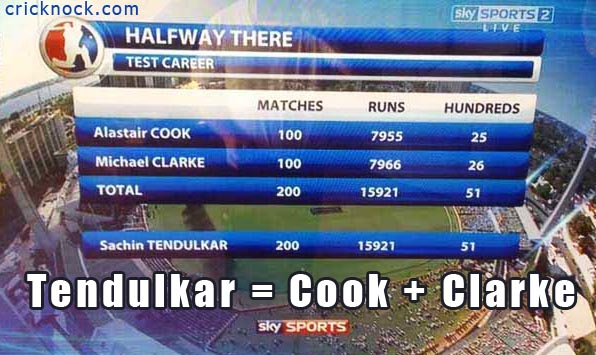