Members of the South African team will likely be the subject of a post-play hearing after they were penalised five runs and the ball was changed by the umpires during Pakistan’s second innings. Those actions are consistent with the sanction for unlawfully changing the condition of the ball, according to law 42.1. 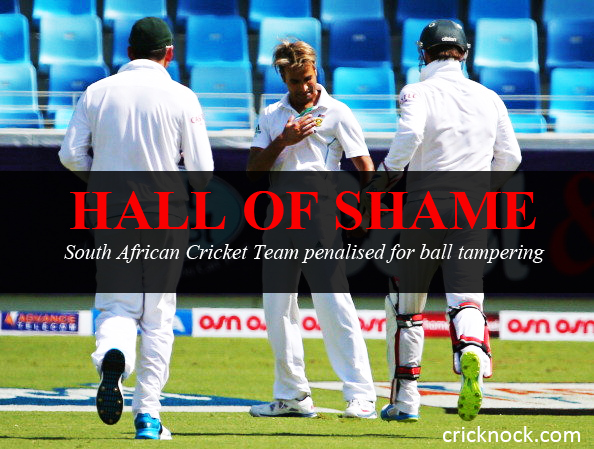 The incident took place at the start of the 31st over of Pakistan’s innings, two overs after tea, when umpires Ian Gould and Rod Tucker called South African captain Graeme Smith for a chat. The fourth umpire, Shozab Raza, brought a box of balls onto the field and a new one was selected for use.

No individual player has been charged yet but television images showed one of the South African players rubbing the ball allegedly on the zipper of his trouser pocket. The umpires will decide whether to lay a charge at the close of play and that will determine if and when a hearing will take place.