Pakistan wicket-keeper-batter Mohammad Rizwan and Mohammad Nawaz shone in a tense run chase before Khushdil and Asif  Ali sustained the men in green to avenge their group match defeat at the hands of their arch-rivals India in the Asia Cup 2022 Super Fours.

Pakistan, set to chase 182, crossed the line on the second-to-last delivery of the match after Indian pacer Arshdeep Singh failed to defend seven runs.

The green shirts had a dismal start to their run chase as their top batter Babar Azam perished for 14 in the fourth over.

Following his departure, Rizwan joined hands with left-handed batter Fakhar Zaman and added 41 runs for the second wicket before the latter perished cheaply for 15 off 18 deliveries.

Then came all-rounder Nawaz, who was promoted in the batting order and changed the dynamics of the game with a blistering knock of 42 runs off a mere 20 deliveries, laced with six boundaries and two sixes. 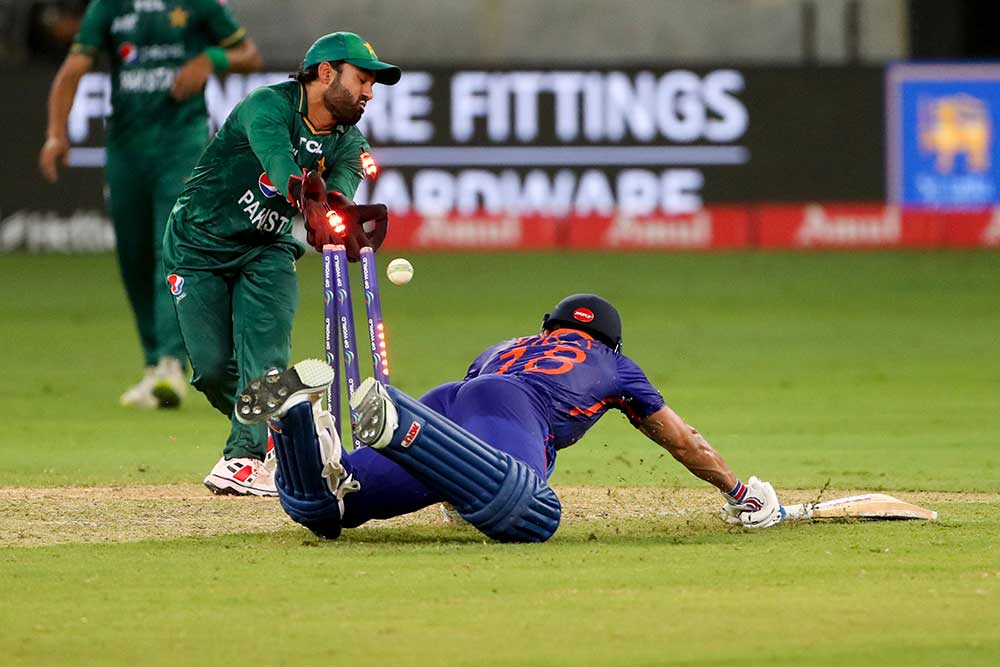 With the increasing run rate, the duo of Rizwan and Nawaz added a valuable 73 runs for the third wicket. Then in the 16th over, a slower ball from Bhuvneshwar Kumar bowled Nawaz.

In the next over, Rizwan also became the victim of a slower delivery from Hardik Pandya. The right-handed batter top-scored for the green shirts with 71 off 51 deliveries, laced with six boundaries and two sixes.

Khushdil Shah and Asif Ali then stood up for their team and glided the ball all over the field, putting India on the defensive. The pair looked solid and were looking to run away with the game as Pakistan needed only seven runs off the final over.

Asif’s dismissal off Arshdeep on the fourth delivery of the final over, however, gave a thrilling late twist to the match and the right-handed batter walked back scoring a blistering 16 off eight deliveries, laced with two sixes and a boundary.

The twist and India’s comeback into the game, however, was denied by Iftikhar Ahmed, who slammed a full-toss over the bowler’s head to seal a thrilling opening victory for Pakistan in the Super Fours.

Yuzvendra Chahal, Ravi Bishnoi, Pandya, Bhuvneshwar, and Arsheep Singh all managed to pick one wicket each.

Next in the Super Four Pakistan will take on Afghanistan on 7th September while India will be facing Srilanka today.

Shahid Afridi Tests Positive with Covid-19 Ahead of PSL 2022