So far, BPLT20 has concluded 2 successful editions. This edition of BPLT20 is going to have 6 franchises. The Bangladesh Cricket Board (BCB) had earlier announced the fixtures. 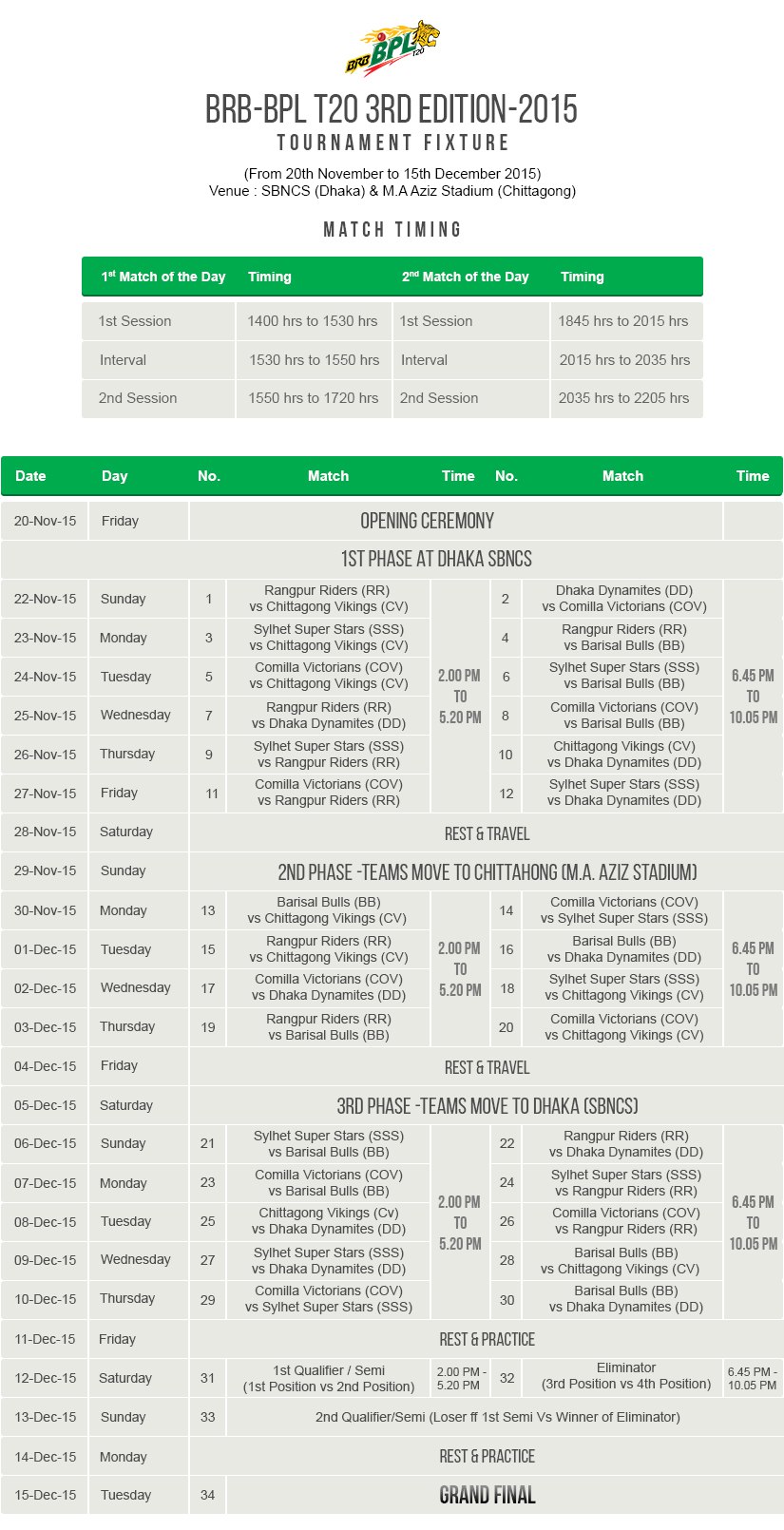