The Pakistan tour of South Africa will start from 20th November, 2013. This is the 3rd time both teams are playing a series in a single year. The previous two series were played in United Arab Emirates at 3 different venues including Dubai, Abu Dhabi and Sharjah. Pakistan has lost the T20 and ODI series in the previous series while the test series was leveled by 1-1. The series includes 2 T20 internationals and 3 ODI matches. 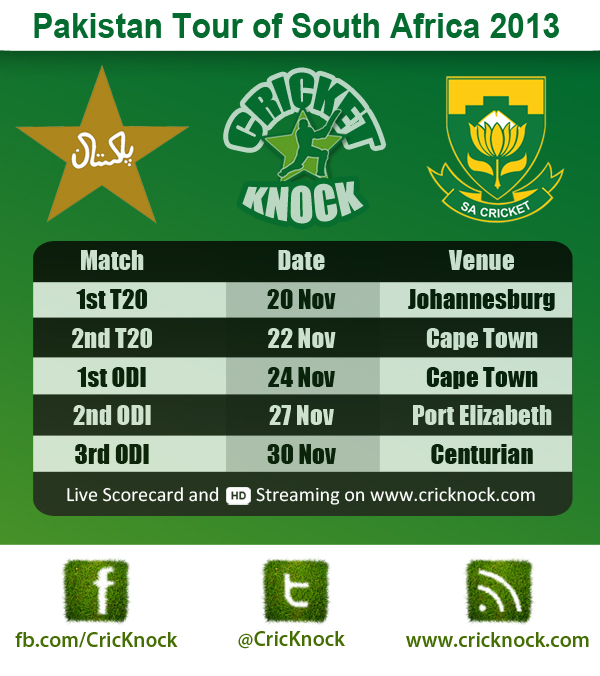 You can watch Pakistan tour of South Africa live cricket streaming on the following websites. Ten Cricket, Ten Sports and PTV Sports will broadcast the whole series. You can also listen to live cricket commentary on various online radio channels.